Providing funeral services designed to meet the needs of each family.

Providing funeral services designed to meet the needs of each family. 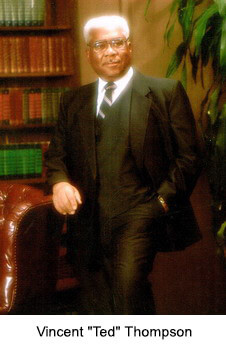 Thompson Funeral Home was established in 1948 by Vincent "Ted" Thompson. Its original location was on 7th street in downtown Sacramento. The current facility was built in the Oak Park section of Sacramento and opened its doors in 1957.

Born in Newark, New Jersey, Thompson relocated to Sacramento in 1940 and set out to use his science background to become a mortician. He completed mortuary college in San Francisco and took a job at a state printing firm while working part time with an established mortician and obtaining his license.

In January of 2008, the firm was sold to the managing funeral director LaDonna G. Olden. The name was changed to Thompson Rose Chapel.

In February of 2018 the firm was sold to Ginger D. Brown, who like Mr. Thompson also completed her education at the San Francisco College of Mortuary Science.

Thompson Rose Chapel continues to serve the Sacramento community with the unsurpassed service began by Mr. Thompson in 1948.